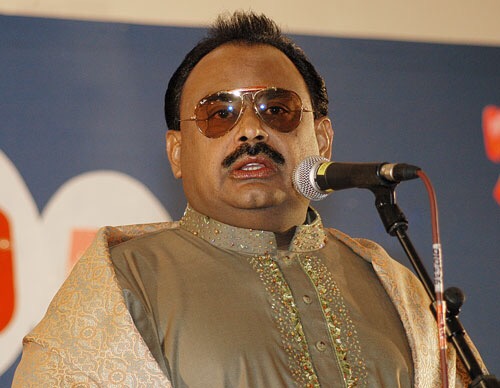 In order to understand the issue of fissures in Pakistan. It is critical to know the history before partition. This would give you a hint of what you see today and what is the actual battle or struggle ; we face today in the present day Pakistan. Who are the players ? Where were they placed ? Who did they side? Etc etc would help you understand in its true form .

Recently there has been a lot of hype against MQM and its links to India’s secret agency. There are several questions which comes to your mind that on what grounds or assertions that these questions arise after every few years on convenience. What kind of insecurities exist in the minds of those accusing any one asking for their rights; as traitors since the inception of the country in 1947?

Today’s piece would be divided in two parts to understand the problem. First what leads to the current situation build up before the partition and than 20 years later when the first severe charges got applied in its brutal form.

I do not need to tell that why Sikandar- Jinnah pact ensued in 1937 i.e. between Union Party of India (led by Fuedals of Punjab mostly comprising of the Muslims of Punjab on either side of the present East and West Punjab. Some Hindus and Sikhs were in the ranks). & All India Muslim League which was still searching for its foot hold as the united party representing the Muslims of the sub continent.

Similarly a Sind United Party existed at that time formed in 1936. Formed by the feudals of the Sindh and led by Haji Abdullah Haroon and Shah Nawaz Bhutto. All these existed and were there as Quaid e Azam tried to reinforce Muslim League as the single party for the Muslims.p

The reason to give the above stats in the times of today is that only One province in the present day Pakistan supported Muslim League with majority i.e. Sind . Punjab Muslims were back stabbed by feudal Union Party . The same feudals who run the province of Punjab today. In Sindh the feudal Sind United Party and their allies between them got 23% of the seats . Today they rule 100% of Sind Province. Interestingly KPK which only gave 34% of the vote of confidence to Muslim League also today exist as the second in line to the claim of the sons of the soil after Punjab. Bengal or East Pakistan is no more with the present day Pakistan (would be covered in the second half).

The question to ask is that from the present day Pakistan Muslim League got 117 of the 425 seats or 27% of the votes in 1946 elections . 113 or 26.5% of the Bengalis voted for Muslim League are no more with Pakistan. 45% of the votes came from other Muslims living in India. Now today , if you look at the context. The right to the country was supposed to be Bengalis and than Sind and than maybe the Muslims of the rest of the India where they were not in majority in terms of the Muslim population in the first place but approx. 95% of the Muslims of the other states voted for Muslim League but sadly if you see that only 80% of the Muslims voted for Muslim league in Punjab and 34% of the Muslims in NWFP or KPK of today. But today in the succession line of being sons of the soil Punjab is number one ; followed by KPK . Sindh is in the middle of the claim. Infact those who stood up against Muslim League are chanted as heroes in Sindh. In the rest of the India; Jamiat or Maulana Azad’s party who was a vocal opponent of Quaid e Azam . His present day party i.e. Jamaat e Islami would be in the top 5 of the list of the patriots as claimed by Pakistan.

The 1968 case of Agartala Conspiracy against Sheikh Mujeeb & Co who were agitating for more provincial autonomy as they felt that they have become slaves of the Unionists who were quietly taking over control over Pakistan ruled by a Pashtun General whose province didn’t even vote for Muslim League in majority . Their frustration was evident . A full blown case was leveled against them where 35 leaders of Mr. Mujeeb’s party were indicted. The case which started under Military courts were later shifted to Civilian courts. Only to be absolved in 1969; leading to the fall of Ayub’s government and unfortunately the only province which gave over whelming majority to Muslim League were seen leaving the nation formed by Quaid e Azam. Some say they were traitors. I would say that if their rights were given keeping in view their struggles and the facts of who were running Pakistan after a mysterious demise of Quaid e Azam and the assassination of his lieutenant Liaquat Ali Khan. They were handled badly. Traitors are those who forced them for this decision. Infact were criminals. . But no one from the establishment was ever punished. But a Sindhi leader i.e. Bhutto got blamed and got hanged under a different premise.

People learn from their mistakes but in Pakistan’s case. They live proudly of them only to make them again. Less than 20 years later from Fall of Dhaka under shameful conditions and accusations where brutal murders took place. Thousands of rapes ensued. 90,000 soldiers surrendered . We never learn. You know why. Because no one got punished. The Hamood ur Rehman Commission Report was under wraps. So 21 years later in 1992 . The second threatening community of Mohajirs (Migrants from other parts of India) to the establishment after they got rid of Bengalis were targeted. Same kind of accusations ensued that they are conniving with India or RAW as were leveled in 1968 against Mr. Sheikh Mujeeb and Co. Today ; it has become Mr. Altaf Hussain & Co. Same modus oprendi that don’t give rights and simply if someone struggle for it and do not belong to the bigger province or KPK . Blame them as traitors. Sometimes, I think this indifference is that because that most of the Army comes from these two provinces and they fear the reprisals if similar accusations are leveled as against Bengalis, Mohajirs or Baluchs.

My piece today may look quiet stinging. But its because I am hurt that instead of recognizing the sacrifices and giving rights the “Traitor Card” is being used conveniently by those who did not even support Quaid e Azam or Muslim League entirely in 1947. The same lot who opposed Muslim League the representation of Pakistan are running the country today in Punjab or in Sind and even in KPK . Baluchistan is a different ball game as they were never part of the 1947 independence decision and were only annexed in 1948. The main reason for Baluch frustration .

The main question I would raise today is that the time during which MQM is being accused i.e. between 1993-1996 as per some leaked half cooked reports . If for a 0.00001% recognized as truthful. Why all the pain and misery today for that? We must not forget that already MQM and its leadership were accused at that time to connive to break Pakistan and colluding with India. Thousands of their workers were killed. Many are still missing. Than if the above held true ; the second question which arise is that why then 2004 onwards the Military junta of Pakistan decided to form coalition with MQM to run the country smoothly as were the golden years of the recent Pakistan era? Than why in 2008 the same Military led coalition agreed on an NRO to absolve many MQM workers of the politically motivated cases.

Post the end of the barbaric 90’s operation. MQM did their best to become from Mohajir Quami Movement to Muttahaida Quami Movement ; to be more participative of the National politics. Participated in serving in all National tragedies like 2004 earth quake and floods. Stood with the Army on the streets against Islamic radicalization. Only party which denounced 2001 Sep attacks in US on the streets. Stood in the line of Talibanization of Karachi. Surprisingly, the Army leadership till the recent change found it convenient to work with them and never thought of them as traitors. But suddenly; become traitors when MQM realizing that their people are still not getting rights. Raised their voice for it . Instead of seeing movement on for their rights. The establishment chose to give a shut up call and yet again played the Traitor Card so that their struggle instead would be to instead justify their patriotism towards Pakistan. The same country they built and shed their blood for.

The script is the same . Only that it is improvised. The struggle is for the absolute control over the country . Sadly the only institution which I till a few months ago thought of as the symbol of unity is yet again becoming part of the game. Now in 1971 ; they got away with the blame that they were following orders and it was political led disaster though there were successful Martial Laws at that time. But the same pretext cant be used twice. Instead of slamming people who are asking for their rights. Why cant they slam those people who are not giving them in the first place? I think its still not the institution but some at the top responsible for the same. It may be true as well since the beneficiaries are not the masses of the provinces of Punjab or KPK but only the top lot which may have been Unionists in their past lives (or their ancestors) or have become like them .

If you hear the speeches which Mr Altaf Hussain did in 2002 in India where he spoke about dividing Muslim strength ; a thought reinforced recently by the son of Allama Iqbal which Punjab based political parties and even Army follow dearly; repeated the same stance as that of the speech of Mr. Altaf Hussain. I think that speaking truth in this nation is a sin which claims to be a republic and democratic and especially if you are not a son of the soil.

Now I am sure many would say that this blog was very bitter. Maybe it was. So instead of trying to shut me down like thousands before me. Give rights to the 98% Pakistanis. Give rights to the oppressed. Every time you try to cull; new heads come up. So better sit at a table and give rights to the people of Pakistan. Instead of wasting time accusing QeT Altaf Hussain & others like in Baluchistan as traitors. Pick up of what he (Mr. Altaf Hussain) envision for the people of the nation and assist. I am sure you would do so or any one do if you truly love Pakistan. Pakistan Zindabad!