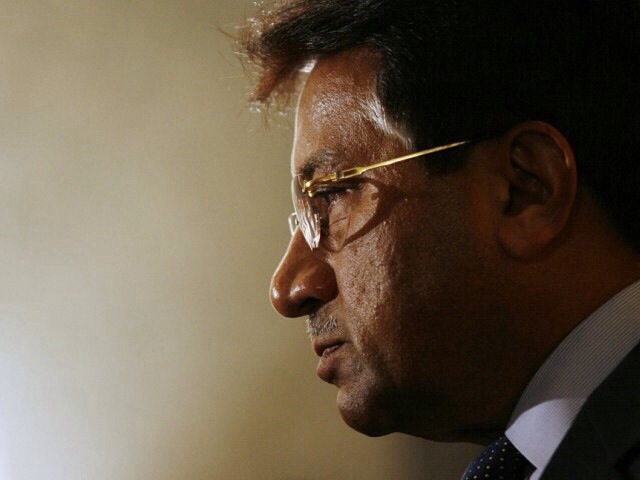 My Indian friend asked me a direct question sipping his coffee “What do I think is keeping Pakistan away from oblivion?”. I smiled , looked at him. Sipped on my delicious French Vanilla and replied to him in two words . “Pakistan Army!”. “ Well in that case it’s ironic but no doubt its true though the last General i.e. Pervez Musharraf almost made us bite the dust!” replied my Indian friend. “Ironic is my friend that his enemies cherish him but we test his patriotism”, responded with my head down with a feeling of remorse. Looking at me my friend just said “Maybe they are afraid of the change that he started. It always is the case. After all these political parties or dynasties have to survive” . “ True! Maybe he really shook the hornet’s nest” , I replied and looked on at my watch as I did not want to miss his i.e. The General’s first TV appearance after being bailed. Being in sales and trained well. I wanted to see if his spirit is still alive and kicking or has the unseen establishment of Pakistan managed to break it down as well.

Whilst I drove home. I recalled the days post Laal Masjid and I remembered the onslaught President Musharraf received. No day passed by when the day ended with an anti Musharraf political circus unabated. What I feared at that time unfortunately turned out to be true! He had to go. Lucky for me that I got transferred abroad. But I remembered the day that I landed and went for my Umrah. I touched the Holy Kabah. Cried aloud and prayed to the Almighty. “Save my Pakistan as a Wolf Pack is about to attack and our hands are tied as many amongst us have their eyes shut and hearts closed and see that that the tune of Dajjal is their salvation. Save my Pakistan Allah”. This prayer of mine echoes in my ear till today. People ask me that whilst Mashallah life is a blessing . I still have that feeling of missing something in my eyes. “I miss my Pakistan” . I don’t want to go back to a country ruled by those hypocrites. I don’t want to see my nation eaten away by bits sometimes in the name of Democracy, sometimes in the name of Patriotism and sometime in the name of Religious Righteousness. To be honest the day I saw President Musharraf humiliated after all he did for Pakistan. I just decided to pack my bags and leave.

I reached home. Switch on the TV and saw the General sitting firm in front of the camera. Whilst his spirit was high. His soul looked damaged as he must be asking himself that does he deserve this treatment after all he did for this country. Where he boosted the economy. Where he gave rights to the people at grass roots. Where he empowered the women. Where he gave freedom of speech. Where he gave respect to us. Where he put Pakistan on the world map. Where he stood eye to eye with the enemy and defined our boundaries. Where he helped heal the wounds of an injured Karachi. Where he started a journey for this country in line with the vision of Quaid e Azam Muhammad Ali Jinnah. His soul looked dented. And why not? How many of us turned up after all what he did for us. How many of us now turn up for him whilst he fight the system for giving us back or trying to for what was rightfully ours.

Yes, he stood up against dynasties of Sharif’s and Bhutto’s . Yes , he stood up against tyranny, Yes, he stood up against those who were looting this country. Yes, he stood for a Pakistan which deserved more and where its rulers were cutting it down by bits and pieces. On Oct 12th 1999. He was the one attacked and he retaliated. What else would you expect from an Army Chief and a Commando. Would you as Pakistan and Pakistanis like to see your commander in chief put his tails between his legs and surrender. Like the way General Niazi did in 1971. Would you have wanted a political dictator like Nawaz Sharif who almost took over all the key roles of the country became an absolute leader. Were all of you enchanted to see Pakistan being pushed in political isolation with your dollar reserves fluctuating around a Billion dollars. Yes, his men of honor. His Army took a stand for their commander in chief and over threw a political system which was pushing away the nation towards another disaster. I remember seeing my brethren being butchered every day in Karachi and branded as terrorists and dacoits. I remember those days that being a Mohajir I was seen as a Traitor to Pakistan just because not being a son of the soil. I remember dancing to the news when I heard Nawaz Sharif was gone . I remember bowing my head to Allah knowing that our Pakistan Army did the right thing on that day of October 1999.

So what if on November 3rd 2007 ; President Musharraf held the constitution under abeyance on advice of his Prime Minister under the constitution of Pakistan to wade off an arrogant selfish judge who promised heavens to the poor ignorant masses of this country which sways with any circus it comes across. What this judge gave us nothing but yes he became a father of a multi millionaire. He never took a suo motto against the same corrupt lot which pushed Pakistan to the edge. The Circus went on in 2007 joined by thugs, hooligans, hypocrites, terrorists etc etc because they could see that they would not be able to loot Pakistan until and unless President Musharraf is there . Unfortunately, for us as Pakistanis . The Circus was successful and we were all enticed by it so much that we took our eyes for what was right for this nation. I remember his last words as the President with tears in his eyes. “Ab Pakistan ka Allah hi Hafiz” and so truthful was he on that day.

Today, when I heard the most corrupt President in the history of Pakistan call upon President Musharraf in an unsavory manner . Today , when I heard him and his son challenge the army between the lines and trying to drive a wedge in the nation and its unity by abusing its Generals of the past but trying to appease the soldiers. Trying it to give at another shot to create disharmony amongst our Army the only thing which keeps this nation united. I sometimes wonder who the real traitors are? Those who had to chant the slogan Pakistan Khappay or those who fought for this nation with their blood and the sweat.

After all what President Pervez Musharraf did for Pakistan and an ailing Karachi. The last thing he deserves is to be called a traitor. It’s been the history of us the Muslims . When Caliph Haroon Rasheed was in power due to his progressive ways. People use to despise him and conspired against him. His day and age is now remembered as an Golden Age. Today , the poor Pakistani who has gotten nothing out of the Dynastical Democracy remembers President Musharraf with tears in their eyes. Today, the professionals who saw Pakistan growing repent his going and await his return. Today any patriotic Pakistani await their patriotic son to return to power to avenge the ill their tyrant leaders has bestowed upon them in the last few years. Where their lives, their honor and their money has been taken away. They all await their patriotic son to return. The drama which would go on in an unconstitutional bench would only give an un-constitutional decisions and that’s it. Today, I await the day when The General would return and take command of this nation and put it back on track. Today, I live everyday when the true sons of Pakistan come in power not those who just come in power to loot and plunder. I am sure that the prayer I made holding the cloth of Holy Kabah years ago would Inshallah! come true and I would return to my motherland breathing to build it for my posterity under the right and patriotic leadership. Pakistan Zindabad!