I was excited since morning the other day knowing that we would be as a family for the first time in many years attending an event celebrating Pakistan’s independence day here in Dubai. The
instructions were clear to my wife that my two lovely daughters wear only Pakistani attire for today. My little ones who have been abroad since their birth kept on asking me what the today’s event was all about. I just kept on telling them just that it’s a Pakistan related event and they are going to get chocolates. Though I keep my self engaged with the Pakistan originated activities to keep closer to my nation but my daughters don’t get enough opportunity to do the same. Had to lie to them to keep them excited for going to the same instead of burning off my money in the malls.

When we reached in the evening here in the Pakistan School’s Auditorium where the event was planned whose infrastructure was at par with few of the best schools in Pakistan and at par with equivalent schools here in UAE. I was smiling to see that we have managed together as a society to keep our standards at par as I know personally how are community is supporting such initiatives here. Bereft of much focus by the consulates. Sorry to say who have even failed to put up a decent structure here for their own. That day when the National Anthem began it was the first time in their lives my daughters stood through it decorated with Pakistani flag based head gear, clips etc.

Standing there my mind ventured decades ago when I was in school and we use to recite our National Anthem in public. A sudden rush of remorse went through my heart and for a moment I wished if I could go back to my beloved Pakistan.

But if I think beyond emotionally and ask this question of my self that whether my contribution could have been more and positive if I was in Pakistan or is it greater as I live abroad. I realize one thing that a lot of us including myself contribute much more to our nation but only those who rise above their ethnic and racist attitude. There is no harm in supporting a political party or cause as long as when it comes to abroad . We are all just or should be only Pakistanis. Last year and earlier in 2013 dual nationals were barred from participating in Pakistan’s political process. Also, a lot of promises were made that the 7.0 Millions plus Pakistanis who live abroad would get a chance to vote in the May elections. Whilst the former of the action took place penalizing those Pakistanis who left our beloved Pakistan for better opportunities since there weren’t many in our country thanks to the aspiring leadership of our country who practically ripped our hearts and souls out since ages. Who did not give a reason to stay back? Who just continued to make it miserable for us all these years. It was sad to see that maybe out of fear of loosing out to those Pakistanis who have become well versed with the civil life and have prospered when given equal opportunity
abroad. Instead of learning of them. We as a nation decided to keep them away. Is it a sense of insecurity or a genuine fear of lack of patriotism? No one in our nation is beyond to judge that and I mean to say to No one. Especially , when the billions of dollars sent by remittances sent to Pakistan have sustained our nation for the last decade or so. Lets not forget that it was only abroad that most of our leadership recuperated and went back to serve Pakistan. Lets not forget that the same people who inhibits the process of indulging immigrant Pakistanis into the political process have most of their kins abroad for education or for jobs.

Many question the patriotism of us abroad without realizing that there are many people like us which I see around myself contribute to our nation. When we sit through those multi cultured offices; we represent Pakistan. Attending one Joint Alumni event here where I was representing IBA as its chapter’s President . More than 100 of our Alumnus turned up in an event where attendees were from INSEAD, NYU, Harvard , LBS, Boston, IIM etc where many from International media also attended. Remarks were clear that they are all surprised to see that Pakistani Institutes have churned out such high profile business graduates at par with any other institute in the world. There I felt proud as I did not represent IBA . I represented Pakistan. Similarly, every day millions of us do the same in many parts of the world and keep the hope afloat for Pakistan. Thus serve Pakistan by may be staying thousands of miles of away. May be more than many on the ground.

Whilst the misery of being barred from the political process was not enough. Even voting rights have not been bestowed which just adds salt to the wounds . But let me say that I am proud to see that the resolve don’t get bogged down. Many leaders have used these immigrant Pakistanis to raise funds, to raise their political face and even re-invigorating their dead political career. Including all those who are in PPP, PMLN, PTI , MQM, Dr. Tahir ul Qadri and even APML but unfortunate to see that none look in cohesion to support the case of the overseas Pakistanis apart from one or two parties like MQM and PTI .

Pakistan which I must say now lags behind than many nations especially our neighboring ones need some head start . By involving such Pakistanis in the process who have proven them selves elsewhere can bring that learning curve on the table which might reduce time to execution. Yes, they can be paid and brought in as consultants as some might say but if these people are willing to contribute as patriots than their output can be more useful for our nation. I strongly demand immediate removal of ban on Overseas Pakistanis with dual nationalities to participate in Pakistani politics though I don’t hold one myself. I demand that voting rights are immediately given. I demand that an Overseas Pakistani think tank or an advisory board is formed. I demand that Overseas bonds are floated. All these in conjunction can add more to this nation than what it looks like now. I feel that at this time and age. We need to divulge towards an inclusive political process. Whilst we let international agencies and countries interfere in our national issues. Even international armies as well. Why not those sons or daughters who are abroad? I wish that one day I go back to my nation to contribute to my countrymen . I wish that day is not far away where my family and many like many attend National Anthem recitations in Pakistan as equals. Pakistan Zindabad! 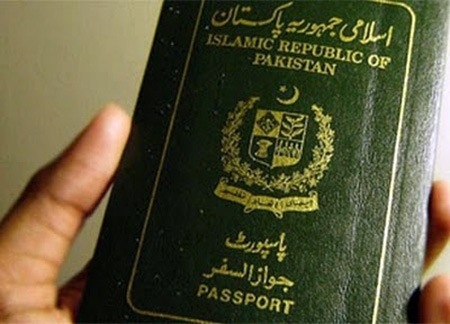