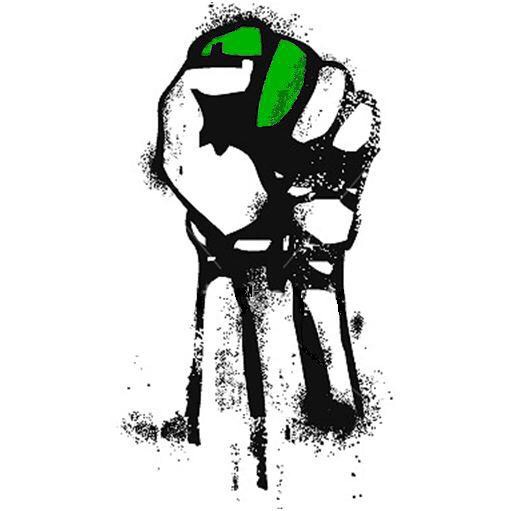 What a year this has been politically and on my personal front. It’s been a whirlwind year and has not finished. For those who know me that I fell critically ill in the beginning of the year. Before I closed my eyes to fight the battle of my life on which I am compiling a book on lately. MQM the majority party of Karachi and the sole representative of Muhajir community was leading the way though going through severe state operation. It was about to embark on seeking a separate province for the Urban centers of Sindh and was looking very ominous which I am sure was discomforting for many. But when I opened my eyes almost after two months ; the game of dismantling MQM had begun but was done after much effort of many years and covert operations. This has definitely changed or poised to change the political game for Sindh Urban and I won’t be wrong to say of Pakistan . Though many claim that the first round has been clearly won by the establishment . I would say that the first round has just begun .

MQM has been under fire in my opinion mainly because it challenges in my opinion the state’s narration of four province based Pakistan. Since we have been brought up ; we have been told that there are only four ethnicities in the country and the rest have to choose to align to them. So as Saraiki have to align to being Punjabis , Hazara’s have to align to either Punjabis or Pashtuns . Similarly Muhajirs were expected to align to Sindhis. The argument was that since this is where you live or let me say as quoted by many were let to live as a favor as millions migrated after fighting for independence with India . We should be all calling ourselves as Sindhis.

I meet a lot of Muhajirs who got settled in Punjab. They proudly call themselves as Punjabis and truly they ask us the Sindh based Muhajirs that why do you identify yourselves as such. My answer to them always is that whilst Punjabis were in majority where you all settled as most of them migrated from Indian Punjab like Amritsar etc. The Muhajirs settling in Sindh were mainly were from UP , Central and Southern India . Not only culturally there was vast difference but at the same time the locals were in minority as well as though allowed them to settle in but tried to kept their distance. I would not say that everyone was such but most were. They remained quiet all these years to avenge this deluge of Muhajirs till the right time with planning.

So when Bhutto came into power . The first few decisions he took was to undermine Muhajir community and somehow get his Sindhi community in control from back channel. The Muhajirs who were in government as most of them served under British controlled the bureacracy for some time till the Quota system was implemented and they saw themselves being out numbered.

As someone said it rightly that Karachi has always been an anti establishment city as most of those inhabiting it were not only culturally diverse but at the same time as they came to Pakistan with more motivation and loyalty to Quaid e Azam Muhammad Ali Jinnah though many prominent Muslim leaders some of whom have their parties in power today asked them not to migrate and undermine Muslim strength in India. They still migrated out of love for the newly formed Muslim nation under leadership f Mr. Jinnah. Being more loyal and sacrificed more they will not tolerate enslavement of new masters and started to show their resilience from the time when Mohtarma Fatima Jinnah contested elections in the late 60’s. The ill feelings began of the establishment at that time only. Being burnt at the hands of Bengalis ; the insecurity of the establishment increased and started viewing Muhajirs in the same stead and started moving in the direction to keep this community under check as they would not be able to afford another Fall of Dhaka. Without realizing the fact that neither Bengalis revolted towards the state but the establishment which failed to honor their commitments and the sacrifice which Bengalis made towards formation of Pakistan nor Muhajirs would revolt towards the state as they have sacrificed much towards the formation of this nation. Not only millions lost their lives, many women were dishonored and monetary losses are incomprehensible. Many out of love didn’t even claim under Evacuee Trust Properties though they could have. I know many families whose relatives are still in India . Many have never been found or contacted. Many of our grandparents died of the desire that they at least once visit the homes they were born in or meet their blood relatives. Many lie under graves with this remorse.

So this sense of insecurity goes without understanding . The state started implementing policies to start playing games with them as late as 70’s in my opinion out of fear or out of their habit of adopting the policy of divide and rule without realizing that people of Sindh Urban that is Muhajirs are more literate and politically sensitive and will not take that bait. Hence the reason you would never see an establishment backed party winning any majority in Sindh Urban especially unless anti establishment parties boycott or are forced to boycott to make room for such parties.

The games have continued and I have written volumes on it . The games will continue until these achieve their desire of a controlled Karachi. More so now as China shown keen interest in Karachi and I still stand by my earlier blogs that their real vision or target is Karachi not Gawadar. They would only pay or invest more only if Karachi is controllable. Means that they can do business with one only. Chinese who are traditionally followers of Sun Tzu and his Art of War would have realized that with MQM in control which is a secular and an anti establishment party . They would not be able to get maximum benefits out of Karachi and that they would not invest if that objective of a minus MQM or marginalized MQM achieved.

Hence you saw the dissimilation of MQM. It was purposely divided into many parts so that even if it exists as natural forces do not disappear that easily but exist in a trimmed down fashion and controllable in its all forms . Divided they fall was the strategy used and implemented. Disseminate your enemy as Sun Tzu would do to win control. The MQM mandate was targeted under Operation Zarb e Azb to achieve the supra goal of giving a controlled Karachi. Though as a Karachiite I would be happy to see development in Karachi but as many assets of the city being sold to Chinese I fear that we may become slaves to another East India company as many have started to say. Also, I do not see the benefits of which being transcended on the development of the city as roads remain broken , no or little water etc etc.

On the contrary the Islamic radicals have gained much ground . Infact they were seen openly collecting Zakat and Animal hides with MQM nowhere to be seen . We have seen the benefits of which the reigniting of Kashmir skirmishes with India. I sometimes wonder how can a state with so much potential and talent can have their foreign policy based on Jihadists and radicals makes me sick to my guts .

So everyone is happy that MQM is gone . The two factions as being portrayed are controllable and they are being made to fight out to come out as leaders of the Sindh Urban mandate. I think eventually one would remain. The planners wanted a skinned down MQM to deal with out of their insecurity and all kind of accusations were leveled to make people afraid to speak for them and come out to support. Instead an alternate leadership qualified by establishment are being given free hand to operate in the city and the narrative built that now MQM is gone for good.

All I would say that it’s too good to be true. As I have always heard that those who have strong roots do survive. I still think since Muhajirs have not got any of their rights their sense of deprivation continues and the roots grow deeper. The people of Karachi have seen lately that the only one who worry and speak about their rights are being harassed and marginalized.

I would repeat that Muhajirs are patriots. Their struggle is against the establishment which has let Pakistan down again and again due to their misadventures . Those who have brought disrepute to the nation as being seen as Terrorists instead of Doctors, Engineers, Lawyers , MBA’s and Businessmen. Unfortunately ; it’s such policies of insecurity that the nation is being seen as a rogue state and we all being treated as the same with all our talents and strengths.

The speech which every one disregards by Altaf Hussein on August 22nd denounced the same element which has brought disrepute to Pakistan. Our Pakistan . I am sure we would all want Pakistan to grow without any disappointments to its fullest potentials. That is only possible when sense prevails and so does merit. Truth is not only imagined but spoken and feedback taken positively and that we don’t wear our patriotism on our sleeves but in our hearts. This is the Pakistan which we all want. Isn’t it. Pakistan Zindabad!