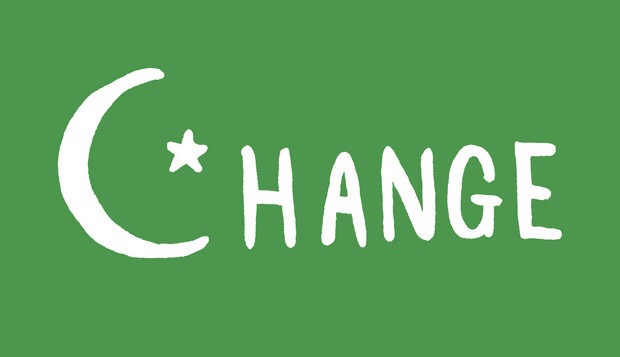 Pakistan is the most enriched country in terms of talent , resources, energy and commitment. We have proven that many a times recently that with the failure of the system around us . Still, we have managed to produce heroes. These people have risen through the ranks purely on the basis of their merit and nothing else. I would repeat “ Nothing Else” apart from the prayers and Allah’s will. The success of Pakistanis everywhere in the world cannot be taken credit off by our leadership. Again , there are a few outside the list of non-achieving leaders.

It has come to the point that the people of the country have lost hope in the system, have lost in the democracy and in some instances have lost hope in getting justice. It has become a country where might has become mightier. It’s a country where the leadership has failed us miserably . Just imagine if we had leaders who could just facilitate us in giving us the right opportunity . What we could have accomplished as a nation?

Bygones are bygones. We can’t do much for what we lost as a nation. But the question is that we can do going forward. As much as I hate to say that I have no trust on the current set of leaders ruling the country. We as a nation have become nothing short of slaves to ensure that rich becomes richer and nothing else. Ironically, where in a nation many are dying of hunger and are committing suicides. Our rulers or let me say monarchs are becoming richer by the day. I don’t know what to say when I find out that XYZ Plaza abroad is owned by a Pakistani. When I find out that it is owned by our politicians. Than my head tilts down in shame. How can I be proud of the riches of our politicians who have accumulated what they have after looting , plundering and in fact sucking out every ounce of riches this nation could have. Sometimes I feel that they still rule . Because they think that they have much more to loot. That’s it.

Anyways , coming back to the ongoing situation. Though I am not at all in the favor of any extra constitutional action. But looks like I have given hope that both the current set of leaders at the top that is Asif Ali Zardari and Sharif Brothers can sincerely serve the nation. When PPP took over in 2008; we were told as a nation that we are going to transition into a democracy. Nothing wrong with it. But then the way the same politicians under guise of the democracy looted and plundered the nation as if they got this nation as inheritance is ironic. One got the government at the center (PPP) and one got the government of the largest province of the country i.e. Punjab (PMLN). Both agreed that they would not interfere in each other’s sphere and let each other rule their own domains. It was like that both the leading parties which the people of the nation showed their confidence in decided to ensure that instead of proving them as the right choice . They would ensure that they weaken them so much that never ever they can raise their heads to stand up against them. By dividing them, making them financially weak and instead destroying to the core their confidence. Looked for a moment that they have managed to achieve their objectives.

But the nature has its own way of correction. This is what we are seeing today in Pakistan. The masses are rising their voice. Now people may choose not to agree with a kind of action or not. But for me Pakistan comes first. It’s critical that the status quo is changed. It’s critical that we as a nation choose to form of a National government . Based on technocrats who take solemn oath that they would ensure accountability and ensure resolution of issues of the country. This set up can come in force that when they join. They declare their wealth and that of the people of their surroundings. Give written undertakings that if they whither they should be dealt with in most severe terms. Similarly their main task should be to recover the wealth of the nation lost. And without prejudice whoever is found of looting and plundering this nation in any way . First should be forced to return the wealth and then prosecuted if need be under Article 6. This set up should focus on economic upheaval , education, security, health , justice , job creation and rooting out terrorism from our society. They should ensure that amend the constitution with the support of judiciary to close down on the opportunities which our politicians use to get political gain and forget the Fundamental rights of their citizens.

Ironic , but then only we can bring prosperity to the nation , stability in the nation, unity amongst every one and then pursue growth. Now in order to achieve it . If you tell me that the existing lot who in the first place are responsible for what has happened to us in all these years can correct the status quo. I would not trust them even if they bet on their life and more.

So what do we demand as a nation. They must resign. The Prime Minister should resign as people have lost confidence in him. If people are willing to sit in these conditions against them irrespective of the numbers . He has to show character and resign. He would need to create room for a form of government which ensures that the Fundamental rights of the people are respected, honored and ensured. If you do elections without the correction of the fundamental core of the system. We would just end up spending another few billions . Only to get the same lot elected . Faces may change. The system has to change. People empowered in its true sense. Educated about their rights so that they stand up for them even in the feudal Pakistan. Than only you enter into elections when you see in its true spirit that we have people who have come forward to serve the nation suiting Article 62 and 63. Otherwise, we would not be able to achieve a meritorious legislation ever in our country.

I don’t want to be ruled by dynasties. That is why we won our freedom from the British. Not to become slave to other group of monarchs. I am sure that there are many who have felt betrayed of the system and want their money back, their resources recovered, their opportunity given and lastly justice. This should be equally for everyone. It’s not impossible . We saw that between 2000 till 2007 when we managed to reach closer to this utopian concept because we had a patriotic leader at the top. Only to be derailed by the same forces which played the tune of democracy and justice and made a fool out of everyone to reinstate to build their own empires. I would punish even those who derailed the system at that time under Article 6 as they are all responsible for the debacle of the nation where we have become so polarized that unity of the nation is under threat. Each of those who have contributed to it should be taken to task . This can start from 1971 from the time when the new constitution came in place.

I would hope that the rulers would read the writing on the wall and instead of pushing this nation to anarchy would choose to resign. If not I think the winds of change may turn ugly without necessity and would take a turn which we don’t want in terms of a healthier nation. Hope, sanity prevails and they choose wisely . That is just RESIGN. Pakistan Zindabad!