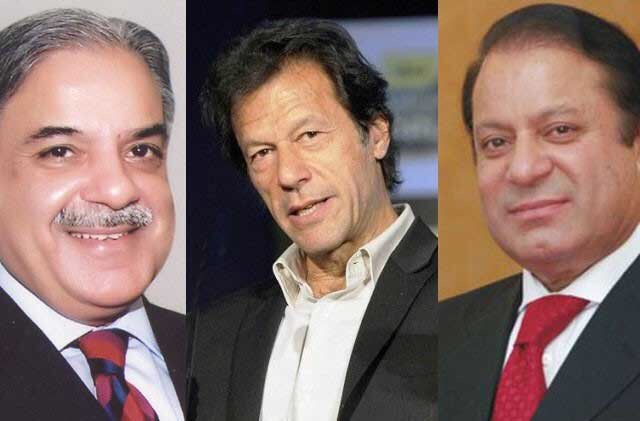 Looked at my watch . I was already late to meet some one who had common interests. As I drove through the traffic I wondered what happened on that day in Pakistan Politics as a storm seemingly brewed up in the country. I personally was not very happy with the course of things where civilians were at each other’s throats at a time where our young men fought the menace of Talibans in the north and needed every iota of our support. But yet it seems political selflessness is supreme.

Sometimes I wished that some how the times of the rule of Pervez Musharraf would have returned where the country was growing and a handing over could have taken over in a subtle manner to build things further but as you sow you reap. The way the former President of the country was removed so we see the same today.

Anyways as I rushed in there were apologies in the air. We then got down to our favorite topic of discussing Pakistan affairs after we had attended to the purpose of the meeting. The gentlemen I met was a keen supporter of PTI but seem to be unhappy as in his perspective the economy of the country was showing growth and resilience and the current stand of Imran Khan and that too after one year of the elections seemed illogical and uncalled for.

Privy to the nature of Imran ; I was curious to ask him that how can this current situation to be resolved. He in his casual manner. Had only one statement to make. Give him NA 122 and that’s it .

Imran in my view is nothing short of a selfish man. I cannot forget the speech he made after winning the world cup where he failed to mention any one else in the team in his victory speech and stated as his life’s obsession to win the world cup. Some say that he wanted to become the Prime Minister since the 90’s based on some divine revelation or maybe the divine source could have been some external factors who were weighing in to take over Pakistan government. His game plan when started his politics in 1996 seemed to be on track until October 12th 1999 action under which Nawaz Sharif had to leave his government and Imran had to wait more. Some say he wanted to become the Prime Minister under the rule of President General Pervez Musharraf but his plan to ascend to Prime Minister ship saw a set back.

2012 saw his resurgence just before the election with the grace of some divine intervention I guess but than come May 2013. The castle he built in the air vanished. So much so that he lost the seat of his home town i.e. NA 122 to Ayaz Sadiq the current speaker of the National Assembly. Those who know him closely say that he could not see eye to eye after loosing his home town seat and that this is the real bitterness he has as it has severely hit his ego. Those who were there when he lay on the bed after falling off the lifter in Lahore. They say this was the main set back for him. I am sure he always knew that his own estimate was another few seats to the tally he won but the own estimates of PTI think tank put them at approx 50-54 seats not enough to make him the Prime Minister anyways. But what has hit him like a truck is that he could not even become the leader of the opposition without the support of PPP and MQM both he abused openly in his election campaigns.

His famous statement “Mian Saab Jaan deo; Saadi baari Aan deo” and dream never got realized as he entered in the first phase of 60’s . Anyways how can PMLN resolve the issue . If I am the Prime Minister’s advisor I would advise and get the following done :

1- Establish a back door channel and I mean back door . Involve the good will the PMLN has with the British government and via the same get the message done through Imran Khan’s friends in the Gold Smith family and the message of resolution has to be conveyed. But the channel firstly has to be identified and established.
2- Convey to Imran Khan that Mr. Ayaz Sadiq would resign from NA 122 and would make way from him to contest election from there . Only if he contests they would not contest any one from PMLN from that constituency. This way his bitterness could be reduced .
3- In case, if Imran Khan would like to persist with August 14th Long March. Let him and infact offer full facilities and access to him and his supporters. But keep Article 245 invoked and let the Pakistan Army keep the national institutions guarded. Infact, the supporters should be facilitated with water and resources since it would be hot. If PTI who is trying to follow Arab Spring is forgetting that winters are better to protest. Let the summer heat wear them out.
4- At the same time ; Speaker Ayaz Sadiq should go ahead and resign when Imran Khan is protesting out side and announce their intention for supporting him to get re-elected from NA 122. Immediately another speaker is elected and a resolution in the interest of Pakistan is passed denouncing Talibanization and their supporters in the country and infact if I have my choice ; we should have a National Security briefing at the same time.
5- The strategy should not be to confront but to wear them out as they should understand that he has taken a position and is looking for a way out. Infact the government should go further and resign from the rest of the 3 seats and get re-elections done on the same and let the vote prove the winner. This way the whole system can be defended.

See what I fear is that if the status quo is allowed to continue than institution like Supreme Court under the constitution of Pakistan’s Article 199 can take a suo motto and instruct the government to take adequate measure to defend the institutions since Imran Khan has declared war against all the institutions since he do not trust Army, Judiciary and any one else. The government could invoke Article 232 of the constitution and declare a Civilian Martial law in the country and since Article 245 is already invoked can request the Pakistan Army to defend these institutions since Police has been brutalized and humiliated recently in Punjab and especially threatened by Imran Khan of death by noose in his Bahawalpur speech. Simply the above says that a Civilian Martial Law is on the way.

Now the quintessential question is that whether Article 233 would also be invoked suspending the fundamental rights and whether the current Prime Minister would still remain in power after proclamation of the Civilian Martial law. Not the first time in the history of the country as it was also used by Shaheed Zulfiqar Ali Bhutto in the past as well. I feel that minus Nawaz formula would be on the cards . So in order to sustain his position as the nation’s executive. He has to act as an executive and take decisions and not depend for some one to come and rescue him again. It cannot be a third time for him. Right !

As for Imran Khan ; he must not forget that if by any chance and that chance in my view is less than 1% he is able to dislodge the government in entirety . Article 62-63 is waiting for him unless he accepts Tyrian White as his daughter which would also back fire against him as this act of his has been clearly denounced as Haram in our Holy Quran.

For me , I need a stable Pakistan for God Sake. We need to come out of our past bitterness to move ahead. Why Imran Khan cannot wait for his turn in the next election as I am sure people would vote for him if the current government fails and his party would also learn the art of electioneering? Why cant Nawaz Sharif swallow his ego and take a leaf from his younger brother Shahbaz Sharif who is building Punjab amazingly and we in the city of Karachi pray that similar opportunity come our way as well? Why cant he forget what happened to him in the past since he is no angel himself? Why cant they all learn from former President Asif Zardari who is doing politics and since all of them are politicians can do politics and find political solutions for a change? Why cant all of them think Pakistan First as Former President Pervez Musharraf said? Why cant they learn to forget and forgive like Altaf Hussein after all the humiliation and pain he has gone through in the last 2 decades?

Do we really think that if this government fails and by any chance if at all Imran Khan comes in power? He would be able to sustain it since he should not forget that PML N still has loyalty of the people of Punjab as they have built Punjab and that is without a doubt. Do we really think that this Long March was so much necessary at this time instead of showing a united face behind our dear Pakistan Army at this time?

Unfortunate , unfortunate and just unfortunate as we all think of ourselves and our personal interests. I am sure if Quaid e Azam would have been alive would have been very upset of the joke of what we have created out of the nation he built after so much sacrifice. I just wish sense prevails. Why cant Imran Khan do a Long March against Talibans and do Dhranas in support of the victims of the Talibans? Why cant he spend the money he is wasting on building KPK and the IDP’s? He in my view is about to do a political suicide and possibly on ill advise or due to his hard headedness.

Anyways, I wish stability prevails in Pakistan so that people like us can bring investments to our beloved Pakistan . Pakistan Zindabad!