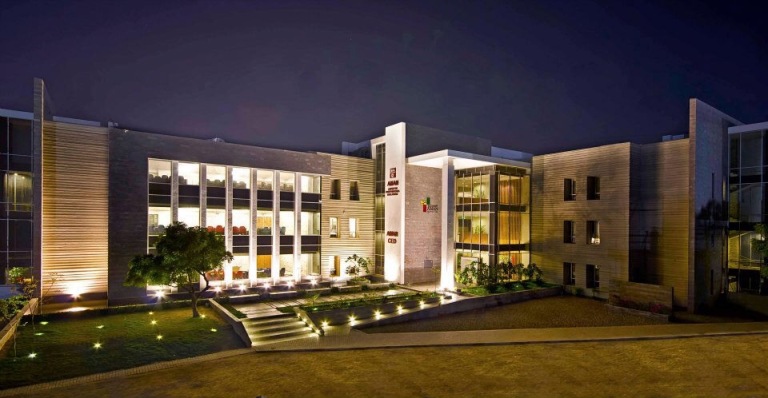 IBA Karachi is one of those places which would always keep me reminding of what struggle is . It trained me to be an asset to the country . It built my stature in the society. It has given this nations at least 10000 graduates over the last many years that it has become the most successful institution in the country. I write this blog today ; not because that suddenly I am feeling nostalgiac for IBA but felt that it is my solemn duty to come out in defence of my beloved institute which is under attack in the media for two recent incidents. One pertaining to AXACT’s CEO who happens to be our Alma Mater. This I feel is a political upheavel which must be investigated and the learnt lesson in my view is that 1) Media which is the 3rd Pillar of the state is under its own inflicted actions. This issue is an extension of which. 2) The governance of businesses should be better. Whilst the state have all the right to investigate any citizen. Why on a disbarred journalist Declan Walsh ? Why not on their own intuition or investigation 3) Understanding of the business model and instead of beating trumpets. Serious legislation is required. Anyways, now I would come to the main issue around the blog.

The recent arrest of an IBA graduate in connection with some horrendous crimes inclusive of Safoora Bus attack, murder of Sabeen Mahmud and some other gory incidents. First, of all I am sure whilst our investigative teams have done a good job in arresting the true culprits not just blaming everything on the across the border intelligence agency as a short cut. The good news is that the absolute philosophy of blaming everything on MQM should see an end as a new chapter opens in the fight against counter terrorism in Karachi and Pakistan. Whilst Saad Aziz who comes from a decent background inclusive of education and that too from IBA. The way the name of this prestigious institution is being maligned in the media is nothing short of ironic.

How many times we have seen criminal politicians or establishment officers when arrested; their family and educational backgrounds being tarnished ? None. Has the reason why politicians loot and plunder the nation is because of the educational institutions they studied from ever flagged? None . It should not also be done . Because indvidual acts should and must remain individual. At the same time recently I think the reason why the brand IBA is being tarninshed in my opinion is because of the following reasons :

1- Recent statement of Pervez Rasheed where he pointed fingers towards religious seminaries for being bane of terrorism . Is it a reaction to placate the radicals that its being shown that even institutes like IBA can churn out terrorists? If that is the assumption. Than lets not forget that I can give a counter argument that those influenced Saad may have come from these seminaries in the first place. Now that not all are corrupted or twisted in thought but some are?

2- Is it another attempt to malign a Karachi Based institution as it continues its legacy for the last many decades and has not let politicians and establishment corrupt it to its core due to strong leadership at the top. From Dr. I.A. Mukhtar to Dr Abdul Wahab and to Dr. Ishrat Hussein ? Is the insensitivity towards a national assets because of the same reason. If transparency is key. I would like to know each of the next lot of arrested politicians, terrorists, criminals and crooks educational, family as well as which companies they work with ?

3- Is the parallel being drawn as the ethnic background of the arrested being given is being shown as mixed to deduce that Talibanization is not just a KPK issue ? Yes I agree its no more a KPK issue as hordes of these people were allowed to influx in Karachi first in the 80’s and than after 2004-5 . They got room to operate and spread the tentacles to corrupt the educated minds. And are still being allowed to survive due to political reasons in Karachi.

Whilst I defend my Alma Mater which has given this nation over 10000 graduates who have served this nation from top till down. We must also not forget that the Islamic radicalization via political parties like Jamaat e Islami which practically has become front partners for groups like Taliban , Al Qaeda and Daesh and is not a new phenomenon in Karachi. They are being allowed to operate and survive under the patronage of some in the various educational institutions in Pakistan. The same mind set people have been arrested in Punjab University supporting Al Qaeda. One Texas shooter was an Alma Mater of International Islamic University. Many other institutes have been corrupted. Karachi University which touches the walls of IBA have seen Jamaati mentality survive for many decades. I have myself in my student life seen that whenever an IJT activist gets arrested; a special source comes and bails him in no time.

Singling out IBA in recent attempts not only destroys the Institution’s image as well as it effects one of the strongest asset’s perception internationally . I am sure there are many who have been rejected by IBA having a field day taking a shot at the institute. Some maybe doing it out of rivalry and some may continue doing it to build a case of Seminaries. Needless to remind historically from where the first Taliban platoon was raised.
At the same time IBA would also have to do some soul searching as I highlighted a year or two back that some students and faculty are radicalizing in the name of Islamic Ideology where incidents were reported that non Muslim students were rejected projects due to their belief. Non corporate approach was taken where instead of focusing on International Policy and Finance were focusing more on reaching out to non corporate traditions. Secular teachers were questioned . As well as a function was attacked by the same radicals a year or two ago ; this was highlighted but I still wonder what action followed. Such institutes should also ensure that they do restrict and keep a watchful eyes on activities on the premises. I remember we had that kind of culture which kept every one at bay and limits. I am sure that this would be a learning and all institutes would do some soul searching to protect their students from reach of such radicals. I raise this point because apparently Saad got radicalized whilst at IBA.
Anyways, good news is that the actual criminals got arrested. The bad news is that the greatest asset of Pakistan i.e. IBA ; its image is getting tarnished. I am sure sense would prevail and media instead of doing bidding for those who want to achieve exactly this would avoid and realize the far reaching impact of this . Institute like IBA should not be politicized, tarnished or targeted for the very complex Pakistan’s political situation.

Further, at the same time . A thorough investigation should ensue and more incidents in Karachi lately should be investigated to see how many more cells operate in Karachi who have been trying to distract our LeA’s towards political parties all these years whilst playing their own game to survive and consolidate . I do not absolve political parties of their part. But critical lesson is that true culprits only if taken to task would only result into a permanent solution. Needless to remind those who accused who right after the incident . Lesson for all I guess. Pakistan Zindabad!